These are the basic skill and combo videos. More advanced gameplay, translations and interviews will be coming out extremely soon! Keep your eyes on Babel, your front-line source for KR information.

UPDATE: The KR patch was extended for one hour. However, since I cashed Dimension Witch, I managed to get a preview of the pose for you guys before the server shut down!

Skill Information:
(Sorry, my connection was unable to get a screenshot of Distortion and Impact Hammer before the game crashed!) 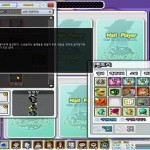 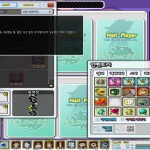 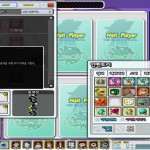 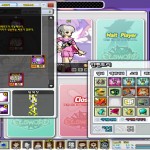 Description:
Aisha generates a dimension swirl at the tip of her staff, and rushes forward rapidly. The resultant vortex creates a black hole that attracts opponents, hitting them continuously. The attraction range is slightly larger than the hit range.
Damage (Level 1):
174% Physical Damage per Hit
MP Cost:
200 MP
Cooldown:
10 Seconds

Description:
When attacking with the staff, Aisha has a chance of generating a time magic that causes additional hits of spatial energy (“Space Impact”) upon activation.
Effects (Level 1):
Probability of Activation: 3.3%
Space Impact Damage: 50% Magical Damage
Maximum of 3 opponents per Space Impact.

EDIT: Thanks to Kajin for providing the Distortion screenshot! Description:
Aisha generates a realm of distorted space by twisting the space in front of her. This distorted space has its own hit ability, flicking away weapon attacks* and absorbing attacks with weak penetration.
* According to Roo, this means it works similarly to Elsword’s Counter
Damage (Level 1):
Duration – 0.8 seconds
300% Magical Damage
MP Cost:
30 MP
Cooldown:
6 Seconds