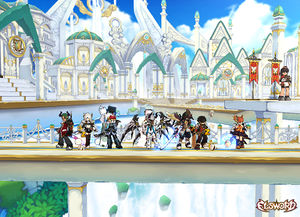 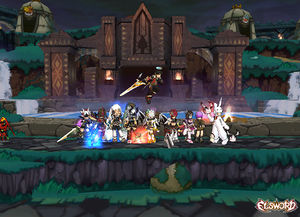 Current record holder of the most active mounts in Ventus Server. Unsociable if he gets interested in current game events. Trolls any bear, particularly The Kinda Bear. MK1

liked him so much he was given THREE

cores. Entrusted to the Loota Bear until further notice.

Entrusted to the Loota Bear until further notice.

Ryuseii (Administrator) - The Pedo Bear. Awaits the day that most of the guild members will be active again. His lust towards aerodynamic females is proportional to the number of missing Kitties. Currently denies the advances of xRyuseii. "His Chung so handsum very AD much ED. Haha!" - Xadrian

Harlechan (Officer) - Sakra Devanam of The Trolla Bear. Entrusted to the Loota Bear until further notice.

xGenos (Officer) - The Silent Bear. The star of Guild PVP. The lone wielder of a Legendary Perkisas weapon within the guild.

Eliyon (Veteran) - The Chatty Bear. "Talk to me and you'll never regret it." -

Eimy (Veteran) - Sakra Devanam of The Transie Bear. Recent sightings have been reported. Currently wants someone to make her Transcend.