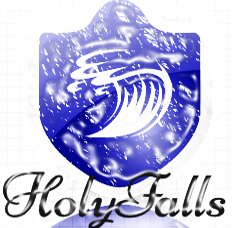 1.Member who off more than 55 days will kicked except asked permission to GM or administrator

3.Bring the guild's good name both in dungeon and pvp

4. If there are problems, confusion, about games like dungeons, pvp, etc, do not be shy to ask gm, administrator, or other member

6. Guild Master can raises member's rank to Administrator if his/her trusted by GM and other admin, and loyal to this guild.

Putu47 and rimkusJR are dungeon's elite duet in this guild.

rimkusJR is lazy to dungeon, except event is available

agus77 is oldest member in real life (27 years old), so we called him Legend

Many member in HolyFalls from Bali, Indonesia such as Putu47, rimkusJR, andrina, agus77, and akayoi

Chyriel has same owner with Stavia and Sharo

Senomophune is Stavia and Sharo rival. Sometimes they're party together against Secret Dungeon, until them called elite duo from Putu47 and rimkusJR.

wunschen means "wish" in German. After Senomophune left guild, he rename to it because he wished "I'll come back to this guild again". After a year, he comes back to guild with new character, NeedFun.

andrina and akayoi are couple, but they never wedding :v