Using a [Command Activation Skill] will register it to a special skill slot.
You must enter a correct command for each skill in order to activate it. 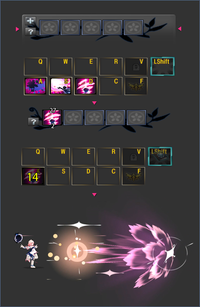