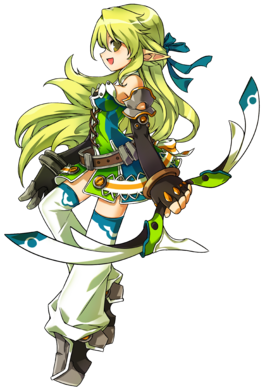 [A ranger trained only using the bow]

An elfen marksman that focuses on training her abilities to use bow and arrows.

Her magic arrows are stronger, faster, and strike further.

Her affinity with nature enables her to gain magic faster.

will change your job to Sniping Ranger.

Upon reaching Lv. 35, a Sniping Ranger can job advance to a Grand Archer.