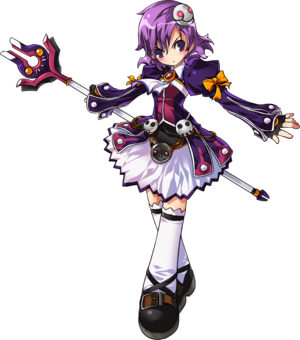 [A mage that specializes in dark and summoning magic]

A magician who uses Dark Magic.

The more powerful the magic, the greater the rebound she must endure.

However, even such risks cannot stop a Dark Magician from pursuing the endless depths of dark magic.

She is resolved on enduring its dangers and is fully committed to pursuing and controlling dark magic.

will change your job to Dark Magician.

Upon reaching Lv. 35, a Dark Magician can job advance to a Void Princess.