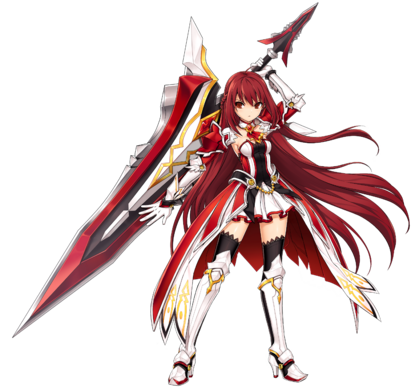 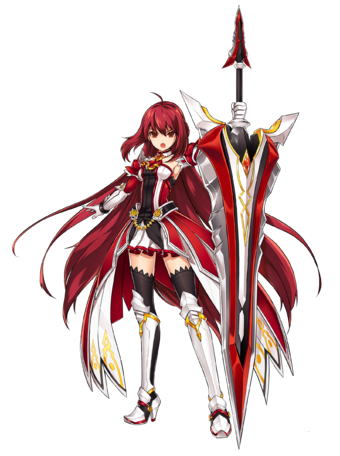 [A captain of the Velder Knights]

A knight that controls the battlefield with her charisma and sword.

While on the heels of some demons in the battle at Feita, Elesis learns of the need of well coordinated strength of the many over individual power.

Elesis ends up taking on the role to train and command the Velder Knights stationed at Feita.

This allowed her time to reflect upon herself as a knight as well.

She now yearns to reach new heights as the Grand Master, the representative knight of Velder.

will change your job to Grand Master.