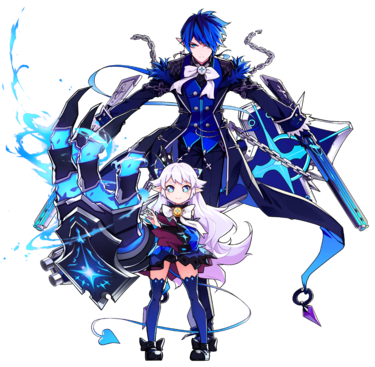 Ciel, who is no longer limited by a fragile human body, attempts to return Lu to her rightful place, turning into a very competent butler.

With Ciel's blood, sweat, and tears now on her shoulders, Lu reaffirms her decision to regain what is rightfully hers.

will change your job to Royal Guard.

Upon reaching Lv. 35, a Royal Guard can job advance to a Noblesse.