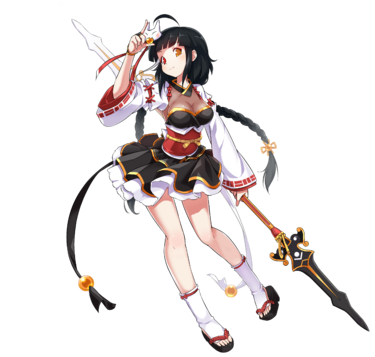 A martial artist that specializes in exorcism and using the power of the Millenium Fox, Eun.

Eun tells Ara that she can give her hints to complete her family's exorcism arts if Ara lets her out of the hair pin.

Ara accepts Eun's offer and is able to utilize some of Eun's power.

will change your job to Little Specter.

Upon reaching Lv. 35, a Little Specter can job advance to an Asura.