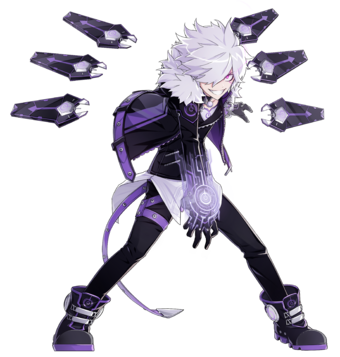 [A mad scientist that has acquired the power of Nasod Armor]

A mad scientist who uses Nasod Armor in combat.

After continuous research, Add succeeds in developing a 'Nasod Armor' that conforms to the physical body.

Fascinated by this new power that defies the laws of physics, Add continues to experiment to create the ultimate form of 'Nasod Armor'.

After repeated research on El, Add succeeds in creating a body-transforming substance in the form of 'Nasod Armor'.

There were some variables, but the experiment was still successful.

Add ignores the laws of physics and is fascinated by the power that unfolds as he imagines, and continues experiments to create a more perfect and stronger 'Nasod Armor'.

will change your job to Psychic Tracer.

Upon reaching Lv. 35, a Psychic Tracer can job advance to a Lunatic Psyker.