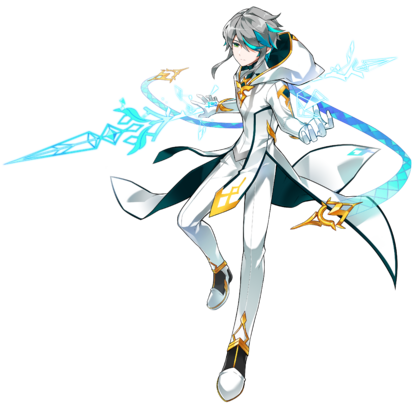 [Cold, ruthless agent of the goddess]

A job class that specializes in close-combat using projection magic.

Disappointed by human behavior, Ain continues to use projection magic and creation magic in his battles.

When he loses all faith in all mankind, he decides to concentrate his power to project an even stronger weapon of god.

will change your job to Lofty: Executor.

Upon reaching Lv. 35, a Lofty: Executor can job advance to an Arme Thaumaturgy.