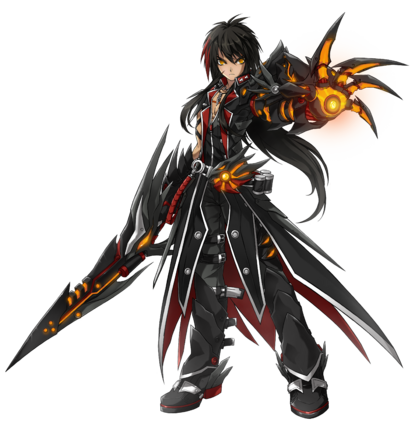 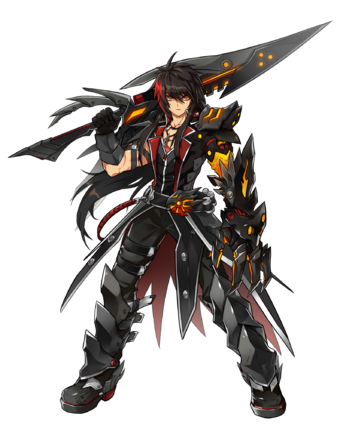 [A mercenary that has experienced and survived in every combat]

A warrior that sacrifices his own body for a powerful attack.

Raven finds that his Nasod Arm is not built for frequent use of the Overheat system, and seeks to make his arm more durable, and powerful using the Flame Nucleus.

When his friends and the soldier trusted him and followed him, he decides to attach the Flame Nucleus despite the risks.

Now he can use even bigger explosives to eliminate enemies with overwhelming firepower.

will change your job to Veteran Commander.