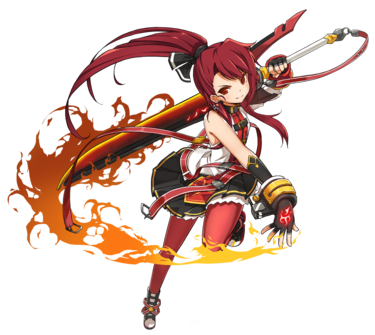 [A Knight who uses the explosive power of fire]

A magical swordsman who uses fire.

As she chased demons across Elrios, she feels new power awaken within her.

Instead of being wary of this power that devastated the lands, Elesis decides to control it, and becomes a Pyro Knight who burns all enemies and use fierce fire magic.

will change your job to Pyro Knight.

Upon reaching Lv. 35, a Pyro Knight can advance into a Blazing Heart.