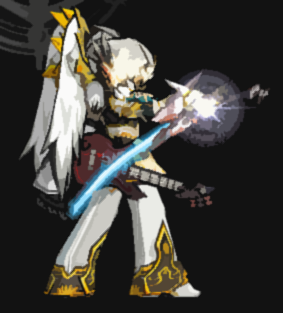 Quote of the Day

I gave AA to the derp

Kenny is known as the omnipotent being who created everything in this universe. In the universe of Elsword, he takes the persona of the Blade Master named, "Gibberish". With the power of baked beans, he is able to cause Disseminated Intravascular Coagulation in his enemies through overwhelming them with the raw awesomeness of BEANS.
He wields the Legendary Fabaceae Lightsaber which endows him full control over the universe he created, to create and destroy whenever required.... And when he has to destroy, the deadly substance, Lectin Phytohaemagglutinin can poison the victims to death....
He dons the sanctimonious Arch-Angel Robes and has wings of an angel, further amplifying his omni-superiority over all creation....
It has been heard that he has a disciple of the name, "Infected" who is a something something.
Also, he likes beans, beanuts, and bananas.

Kenny relies on the existence of Beans, Beanuts and the Banana Elstone to store his extremely omnipotent power... With them he is absolutely invincible and does not have to use the Fabaceae Lightsaber at all. However he is of exceeding modesty and decides to store his powers within the roughage of Beans, the supremacy of Beanuts, and the potassium of the Banana Elstone.
Without these beanie powers, he makes use of extremely swift blade attacks through his persona's Fabaceae Lightsaber which could cut through diamond as if it were air particles. He also occasionally makes use of his persona's Nasod Arm (TYPE-BANANA), to invoke numerous tachyons which would create a medium sized black-hole to trap his opponents while he slices and dices their carbon-compound existences into mere quarks.

You will not survive the raw beanutrocity of his abilities... Click Here