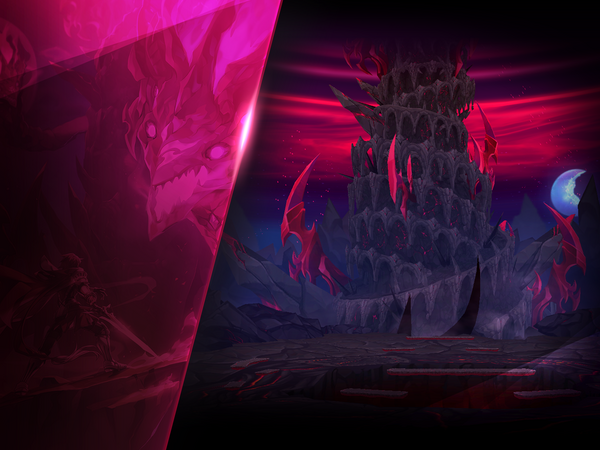 At the foot of the tower, players fight on a large ringed shaped map with two Remnant of Crimson Calamity, each with a unique sigil carved on their forehead. Players must fight and defeat both of these beasts within a short span of each other. Failure to do so will have the defeated head reviving itself with full health. A UI will be added at the top of the screen indicating the HP of all four dragons, each HP orb marked with each dragon's corresponding sigil.