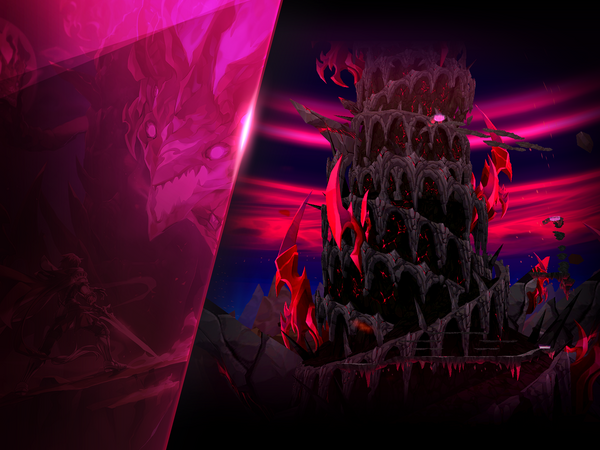 The Remnant of Crimson Calamity have now wrapped themselves around the exterior of the tower. Ascend the tower and defeat the four dragon heads once more much much like in Phase 1, however their orientation is no longer a simple circle, but along the tall linear tower. During this phase, the Crimson Soul will also try to interfere.