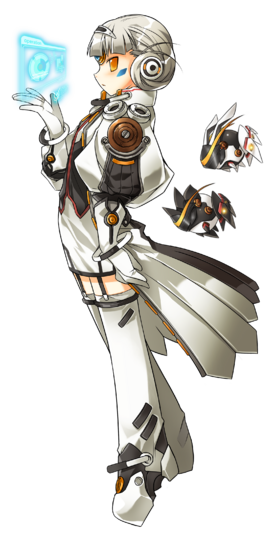 Eve continues to follow the red-haired boy, but it soon becomes a challenge. The farther she traveled, the tougher the enemies get, and she nearly reached her limit. Eve was not built for battle, and her controlled battle units, Moby and Remy, have their limits, too. She decides to tap into her knowledge base and builds a guardian unit to help her. Oberon, the Guardian of Nasods, will assist his queen as she continues her journey as Code: Architecture.

At Lv35, a Code: Architecture can advance into Code: Empress.