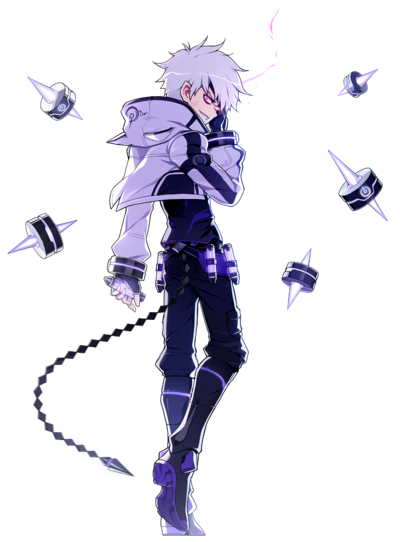 The temporally displaced Add tries to find a way back to his own time, with the hope of changing the events that led to his misery.

With great effort, he finally figures out the time travel equation. To implement it on his Dynamos, he only needs the right material—a unique mineral he manages to steal from the Ponggos in Altera.

Now the "Time Tracer," capable of moving through time and space, Add directs his attention to finding an energy source that will let him make more accurate time-space calculations for his ultimate journey home.