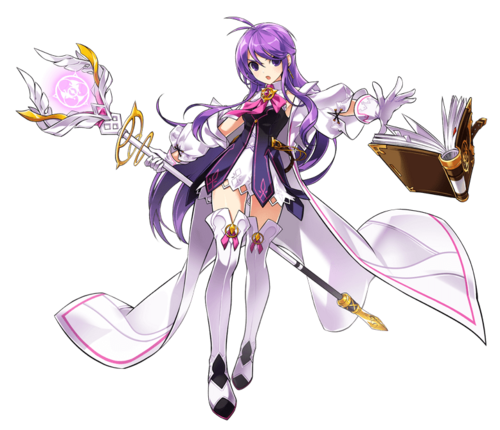 With a new found understanding of ultimate forms of elemental magic that she dubs 'Aether,'
Aisha can now simultaneously cast multiple high-level elemental magic at once.

When Aisha let the Ring of Mimir, an artifact that holds her true power, slip through her fingers a second time, she reflects upon her actions and what she has become.

Aisha, who understands her powerful magic more than anyone, decided to take her magic to another level.

With the knowledge and mana gained from her experiences during her adventures, Aisha is now capable of handling multiple elements at once. When Aisha discovers this ultimate form of elemental magic, she names this new school of elemental magic "Aether".