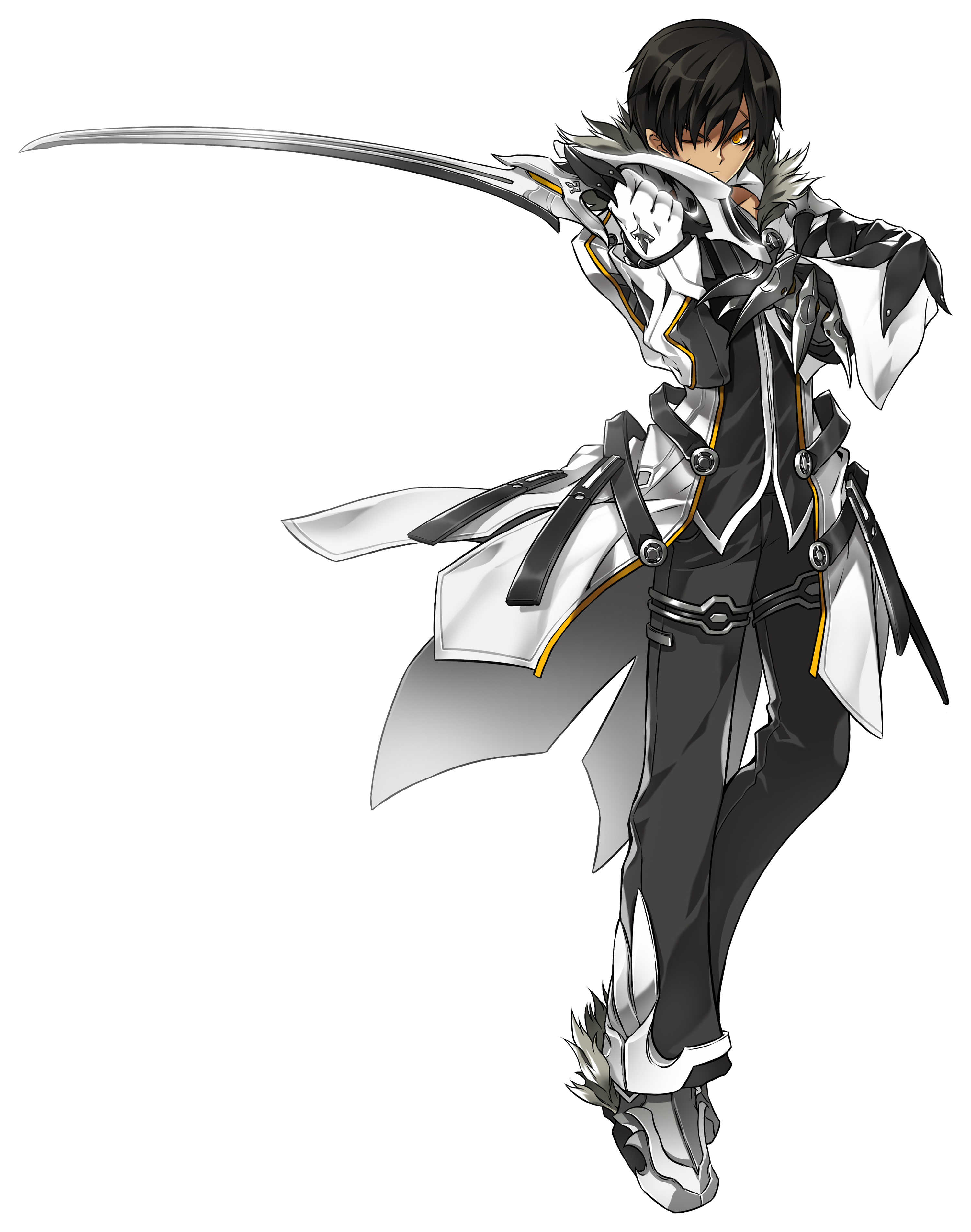 Blade Masters are swordsmen that have attained the zenith of fencing skill which is represented by their wind-like steps and rhythmical movement. They embrace softness in great strength, unlike other fencers who merely pursue raw power. Their enemies can never evade their smooth yet fatal attacks aimed at their vital points.

Raven's decision to resist using his Nasod arm has pushed him to further advance his swordsmanship. Taming his rage has enlightened his mind and body to the point where he moves with the wind and uses his blade as a sixth sense. Raven's advancement towards Blade Master will unleash swift devastating fencing skills that inflict fatal wounds on his enemy's vital points. He leaves his enemies injured and numb until their bodies decide to give up. Continue to resist the Nasod arm's overwhelming power and dominate your foes with the advanced skills of a Blade Master!

At Lv35, Sword Taker can advance into Blade Master. The second class advancement quest is obtained from Ariel, the event NPC located in every town or the board.
Blade Master can also be obtained by using the Item Mall item: Blade Master's Book of Revelation