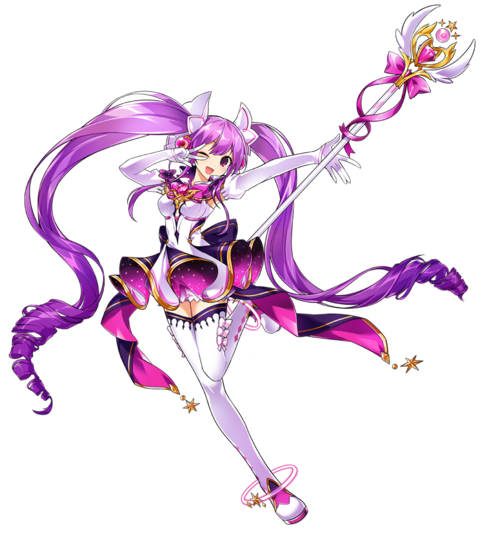 [The ultimate magical girl of the universe]

The most powerful magical girl in existence
who utilize the power of time and space to her own advantage.

The most powerful magical girl in existence, who utilizes the power of distorted time and space to her own advantage. With explosive energy bursts and powerful attacks, she is capable of completely destroying her enemy.

When the El Search Party was attempting to save Elsword, Aisha witnesses the distortion of Time and Space due to the energy released by the Giant El. The Hall of El was a zone ever-changing by the power of El's Aspiration.

"If I can somehow apply this specific phenomenon to my power...!"

After trial and error, Aisha discovers that she needs explosive energy in order to maintain the distorted Time and Space and decides to unleash her magic power so she can maintain control. "That's more like it!"

The mana she has accumulated was enough to complete her new magic. Now, Aisha transforms into her ultimate form, becoming the strongest magical girl in the universe.

.
Do You Want to Get Wrecked?!