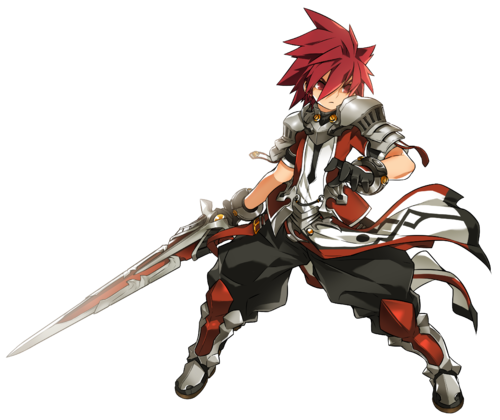 A whole new level of combos, skills, and style is unleashed when Elsword advances into a Lord Knight. As his combos are extended, his melee attacks become more powerful. Keep your enemies on the ground or launch them into the air with powerful combos - it's up to you. This melee-type class has the maximum attack speed among all the other classes. Its quick slash could knock down the enemy in the blink of an eye making him an extremely deadly swordsman, the Lord Knight!

As soon as Elsword arrived in Velder, he began to train his swordsmanship skills once more. Being tested by Vanessa, Elsword grew stronger than ever before. Soon the other knights in Velder started to respect him, and he was dubbed Lord Knight.