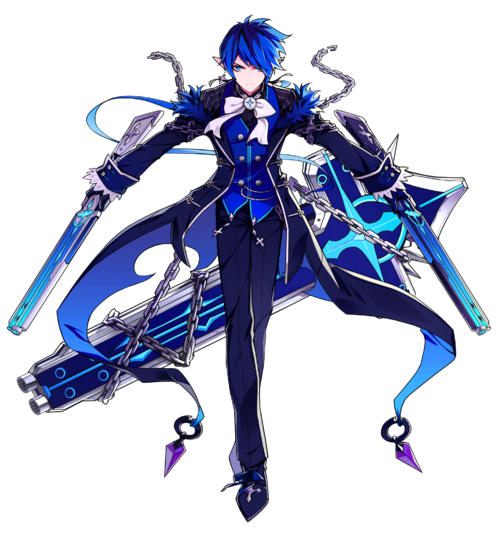 A Royal Guard specializes more on Ciel's combo attacks. With a new weapon in hand, he is capable of firing heavy projectiles at a safe distance. He is also able to extract soul energy from enemies to help strengthen his skills.

The wretched spectacles caused by the demon invasion seem endless, and the day when Lu will retake her throne feels further than ever. Ciel, who has now overcome human limitations with the power of demons, focuses all his efforts on supporting Lu so that she may retake her throne as soon as possible. As a result, Ciel unintentionally grows into a very potent butler. With this kind of support, filled with Ciel's sweat and blood, Lu, still seeking the power of royal pure blood, hastens her quest to take back her throne and power.

After completing the Power Awaken quest chain, Lu/Ciel can decide between advancing as a Chiliarch/Ciel or Lu/Royal Guard.
Lu/Royal Guard can also be obtained by using the Item Mall item: Royal Guard's Soul