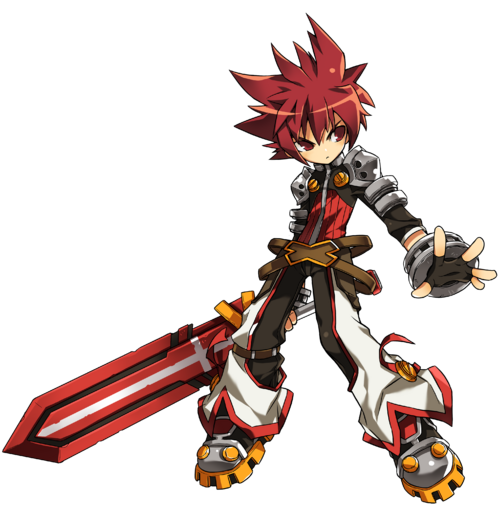 The Sword Knight is an amped up swordsman. With experience comes expertise. This job has good combo technique and gains more MP than any other class. Elsword's melee attacks become powerful, strong enough to destroy armor and leave an enemy defenseless. He can also fight multiple targets at once. 1 on 1, though, he's almost unbeatable.

Elsword was always a strong willed Knight. He never gave up, always trying to become stronger. Improving his skills like never before, he began to create new ways of fighting with his sword with more speed. After being trained by the people of Elder, he became known as the mighty Sword Knight.

After completing the Knight quest chain, Elsword can decide between advancing as a Sword Knight, Magic Knight or Sheath Knight.
Sword Knight can also be obtained by using the Item Mall item: Sword Knight's Medal

At Lv35, a Sword Knight can advance into a Lord Knight.