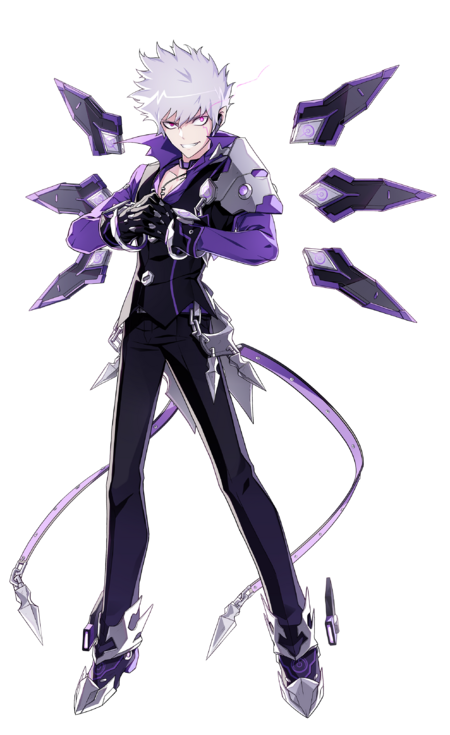 As Psychic Tracer, Add's thirst for power grows. On his search for a better way to store a large amount of El energy for his Dynamos, Add meets Adel, the chief of Altera, who informs him of the Altera Core's energy handling capacity.

"Altera Core is currently storing El-energy Pong! Storing the enormous energy of El is not easy, Pong! It has an impressive energy handling feature Pong!

He visits the Core to investigate, and with his findings, he succeeds in upgrading the Dynamos... but there was one more problem. "Tch... damn it! Even if I upgrade the Dynamos, it's nothing more than a piece of junk without a strong power source! I need something powerful enough to power the dynamos and perfect the Nasod Armor..." To help Add in his search of power, Adel leads Add to Feita, where the fierce battle against the demons was taking place. There, Add finds a powerful negative energy source that demons used.

"This is it! I found the missing piece to my research... khahahahaha!

With Lento's help, he succeeds in changing the demons' dark El into a Moon Stone, and he uses it to perfect his Nasod Armor. This was the birth of the Merciless Destroyer annihilating anyone that crosses his path! People named the lunacy drenched warrior: Lunatic Psyker.

At Lv35, Psychic Tracer can advance into Lunatic Psyker. The second class advancement quest is obtained from Ariel, the event NPC located in every town.
Lunatic Psyker can also be obtained by using the Cash Shop item: Power of Madness