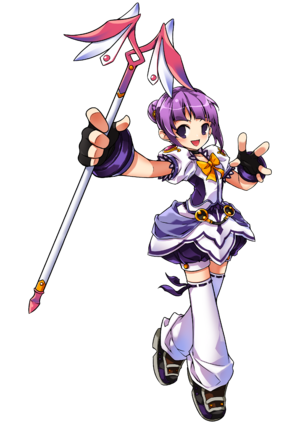 The High Magician gains more firepower, abilities, and an expanded mana pool. She gains abilities that revolve around the four elements: Ice, Fire, Wind and Lightning. Her skills all have very diverse properties and can cause many status effects, such as burning and freezing .This allows her to wipe out whole areas of enemies with her Blizzard Shower or target individuals with Magic Missile or Chain Lightning at her will. This, combined with her high magical damage and long ranged fireball combos, makes her the perfect class to have in a party to watch your back.

The High magician comes with more fire power and improved abilities. After communing with all of the elements that exist in this world, she has discovered a unified theory of natural magic. This makes her both extremely powerful and maybe a little wild. Her fireballs are no less than mini suns that can melt a monster's face off.

At Lv35, a High Magician can advance into an Elemental Master.