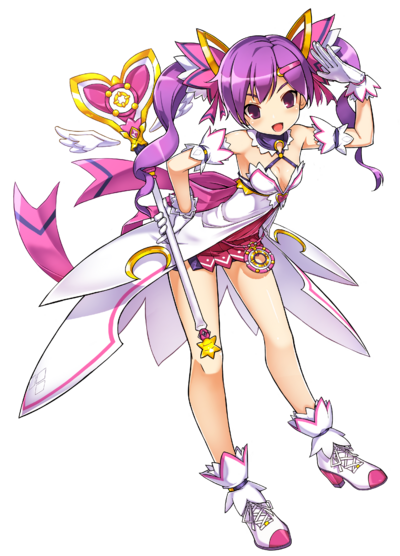 Aisha is able to control enemies with the power of Time and Space to neutralize melee and ranged attacks. She also uses various space controlling techniques to draw enemies into her range. Dimension Witch has the ability to teleport downwards by learning the passive, Space Leap.

Aisha finds the limits of her physique frustrating, as she struggles to grow as a magician and close combat specialist. While in Feita, Aisha gets a visit from Allegro, who gives her a scroll that tells of rare, pure-energy moonstones that fall onto Elrios around the time of the Harmony Festival.

The mage hunts for one, and after much effort, she infuses her magical pendant with the moonstone's power. The resulting phenomenon—halting of the immediate spacetime—modestly foretells of the great power she has just acquired: the ability to control time and space dimensions. Thus she is then known as Dimension Witch, the mage who can control time and space dimensions.