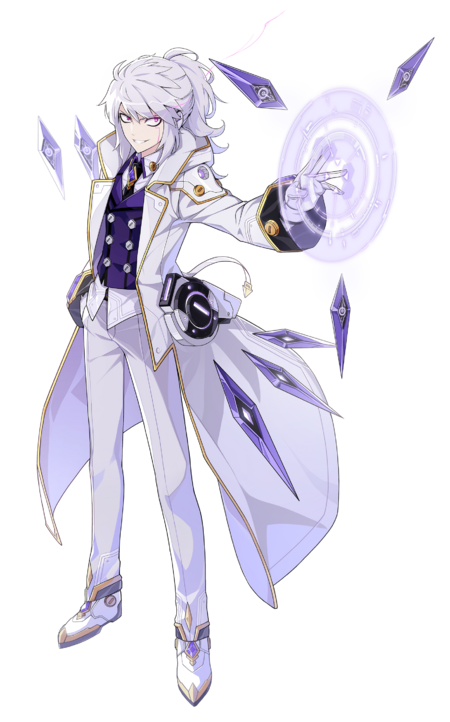 Mastermind's technology allows Add to show off his mind power with his finest inventive work yet by summoning and controlling more advanced fighting drones with ease. Among other abilities, he acquires additional Dynamo Configuration skills to bring more ammo and delayed explosions, as well as new Install Special Actives that include relentless targeted damage, intercepting tactics, and onslaughts of rapid plasma beams. Hyperactive Skill Apocalypse brings a spectacular combination of attacks using a cutting-edge battle drone.

Add overcomes many trials using the Dynamo transform technology, but starts to get annoyed as his enemies constantly grow stronger. This cause Add to make his Dynamos more like adroit Nasods that will behave according to his every wish.

“Dynamos aren't good at solving these types of problems.. What a piece of junk, it would be great if they moved on their own like the Nasods.”

While looking for a way to revamp his Dynamos in Altera, Add finds an interesting piece of information from the Village chief Adel.

“I heard there are some special Nasods that contains special AI from the Altera Core! Pong!”

Following Adel's words Add searches every corner of the Core, and using the clues he found, manages redesign his Dynamo to accommodate the AI chip. Disappointingly, however, he was never able to find an actual AI chip.

“Tch.. without that chip this is just another piece of trash!”

Adel leads Add to the battlefields of Feita to look for his new power. Add finds that the Demons are able to use their powers to freely move their weapons. Add's Mastermind technology allows him to summon and control more advanced fighting drones with ease. He continues to get better and better in battle, optimizing his Dynamos beyond limits with new and more advanced installations.

At Lv35, Arc Tracer can advance into Mastermind. The second class advancement quest is obtained from Ariel, the event NPC located in every town.
Mastermind can also be obtained by using the Cash Shop item: Power of Mind