Power System is a system exclusive to Ain which allows him to switch between "Cycle Magic" and "Creation Magic". When in default state, attacking enemies will increase the green bar. After the green bar is maxed out, it will turn blue and you will shift into Creation Mode. During this time, you will be able to switch between Cycle and Creation magic with the V key (default key).

Unlike other characters, Ain only has 1 bead for awakening. He however can awaken during his awakening and ascend another stage. 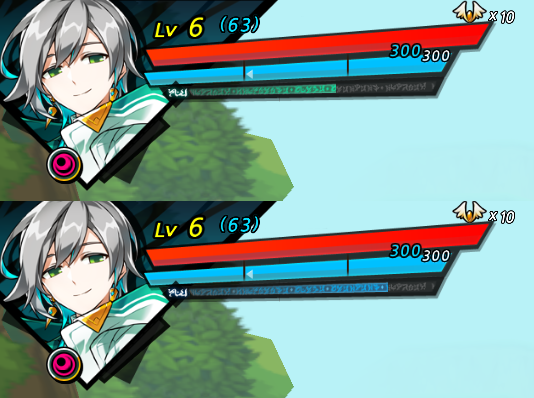 The bar below the MP bar is known as the Power Gauge. The bar will fill up when Ain is attacking or being attacked. When the gauge is full, his special system, Power will activate. Power has two modes: Power: Cycle Magic

. When gaining Power, the default mode is known as El's Power: Circulating Magic. His two Power modes can be switched by pressing the [V] key (default key). only when the gauge is full. After the gauge is consumed, Power will no longer be active and you will switch back to El's Power: Circulating Magic. There is a cooldown of 3 seconds after switching.

Unlike other characters, Ain only has 1 bead for awakening, and will not receive a 20% damage bonus to his skills while in awakening. Once Ain awaken, his appearance and movement will change. He will also activates buffs depending on the phase of the awakening. Re-Awakening is possible when Ain is already in Awakening. When re-awakening, the awaken timer will reset, however receiving a awakening potion or 'Fever' will increase the timer. While in the 2nd and 3rd phase of awakening, filling the awakening orb will cause it to blink. (Effects that grant Phase 3 upon initial Awakening, like Ring of Fury, also cause it to blink. Wavering Faith does not cause it to blink, likely due to its reliance on the Seed of Chaos.) Speed, Critical, Maximize buffs at Stage 3 Awakening are multiplicative.

Even when not wearing the promo avatar, upon awakening you will gain the appearance of the awakened mode. However if you are wearing back accessories (Ex. Wings, capes), they will be displayed during the first and second stage of awakening.