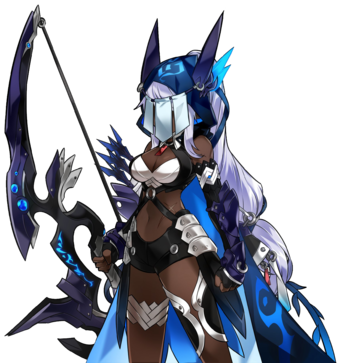 A commanding officer of the Dark Elves which dwell within the Varnimyr regions in the Demon Realm. Strict about protecting her village, she upholds the village's policy of prohibiting any outsiders from entering.