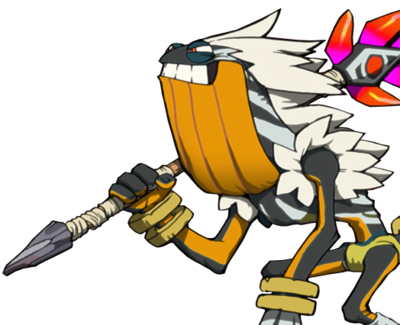 A lizardman shaman filled with spite against humanity. His radical ideologies got himself banished from the Bethma Lake Lizardman Tribe.

Kayak held great animosity towards humans, believing that the Lizardmen should rise up against the humans and drive them out of Bethma. His radical ideologies clashed with the views of the Lizardman Chief Berauk. Berauk, fed up with Kayak's maniacal plots, banished the shaman from Bethma Lake. Once he had been banished from his home, Kayak fell prey to his obsession with ridding humans. He had become a Shadow Shaman and with his dark magic, he created artifacts which he would use to take control of other Lizardmen so he could rise up against the humans. One of the Lizardmen he took control of was the chief of Bethma Lake, Berauk.

Chapter 3: The Uprising Problem of Bethma

Kayak would remained in his secret lair deep in the Dragon Nest. He aims to resurrect the Ancient Dragon that lived deep in the Dragon Nest to wipe out all of humanity from Bethma. However, the El Search Party was able to foil Kayak's plans and stopped the Shadow Shaman and gave him to the Bethma authorities. When he was defeated, the group discovered the shaman's plans to resurrect the dragon.